How to integrate influencer content into your social media strategy? 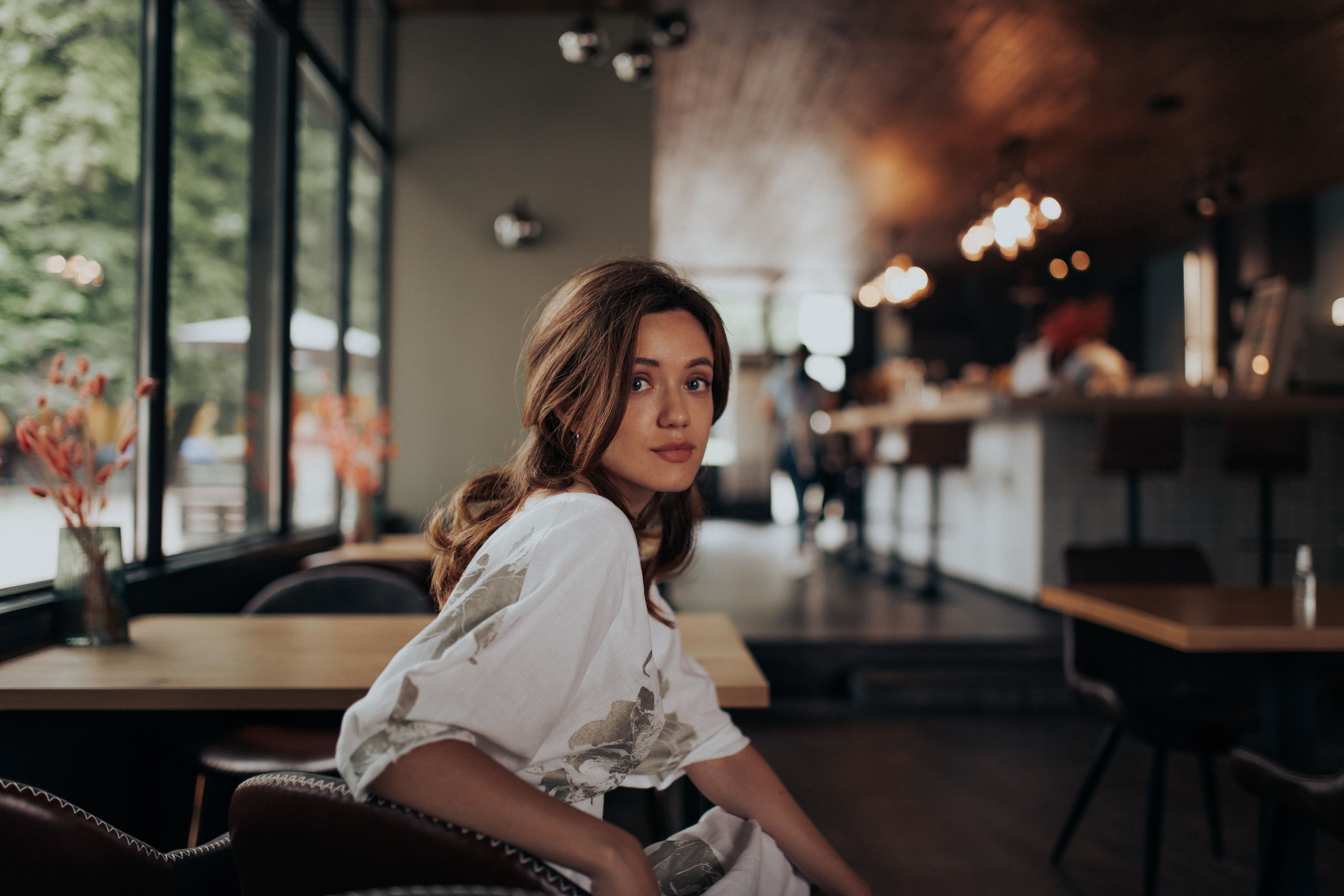 On social media, posts and the success of content creator accounts can turn a lot of brands off. For many years, they have been investing in social platforms to grow their community, gain engagement and turn their subscribers into customers.

Some have found the solution to amplify their actions : mix in their social media strategy, kind of influence marketing.

In October 2020, Zalando decided to launch his French account on Instagram. To break the codes, the ready-to-wear site does not solicit the usual models but surrounds itself with a team of influencers. Léna Situations, Romy, Carla Ginola, Sundy Jules and Paola Lct are part of the adventure.

For the official launch of the profile, they each posted a contest and someone from their followers won a photo shoot with them for the company. The photos taken were then used on the site's Instagram account to highlight the new products. In the publications description, the references of the clothes worn are mentioned.

If Zalando has decided to integrate influencers directly into its social media strategy, many brands still do not relay this content on their own social presences.

Agorapulse, a French social media management tool, gives you some keys to capitalize on the content created by influencers and boost your social media strategy.

What does a social media strategy with influence look like?

In recent months, even more with the lockdowns, brands relied on influencers to animate their social networks. These produced publications were regularly used by advertisers. Here are some examples :

During the first lockdown, the use of lives on Instagram exploded by 70% in the United States. In France, the content designed for direct has multiplied, on each of the platforms allowing it (Instagram, YouTube, Twitch, TikTok, etc.).

Content creators regularly meet with their communities to interact with them, but not necessarily from their accounts.

At the end of 2020, Undiz decided to use this leverage to highlight its new products. Several groups of influencers were asked to become the muse of a collection: Nicolas Simoes and Coline Alg as “Couple goals”, Romy chose “Strong Princess”, KAOaosvmd, Ultia, Mariecpalot and LadySundae went for “Classic Hero” and Loynaphe and Knoetzie to “Santa's Babe ”.

The content creators took turns to host a live on the brand's Instagram, YouTube or Twitch account. They presented the products worn, some even did it from a store. This animated the brand's social accounts right before the Holidays.

More recently, Badoit opted for a strategy similar to Undiz. Several content creators were asked to imagine photos and videos on their Instagram account. The creations were then taken over by Badoit on his own profile. The collaboration ended with a live where users were able to learn with each influencer how to make a cocktail.

During the lockdown, TikTok attracted many users. More than 800 million people are active on the platform every month. In France, the application attracts 11 million users who watch an average of just over an hour of video per day, according to data shared by Bloomberg in September 2020.

In a very short time, profiles like Lénna Vivas, Justine Marc or Jojo Akamsenough have gathered millions of followers, to attract the eyes of advertisers. Seeing the success of these accounts, some brands wanted to get started on TikTok. To bring together as many people as possible, they were supported by content creators already well established on the platform.

Hair care brand Naturée Moi has invited several TikTokers to produce short, dynamic videos featuring the natural range. The content was then posted on the brand's TikTok account. The videos were all imagined by an influencer.

Sephora France is also a very good example of influencer marketing collaboration coupled with a social media strategy. The team has surrounded itself with content creators who, throughout the year, create and highlight the latest news. In the Reel below, Marion Caméléon staged the brand's latest palette. The video was produced especially for Instagram and was not shown on the YouTuber's profile but she relayed it her stories.

At the start of the year, Les Produits Laitiers chose to carry out this collaboration on Twitter with two very influential friends on the application, known as Dephaseur. They regularly produce video memes and have gathered more than 500,000 followers in the space of 5 years. To animate its Twitter account and interact more with users, Les Produits Laitiers has joined forces with the duo. They will post one video per month for 6 months.

To animate a community, what’s better than to imagine a giveaway? It is on this option that the Fnac Darty social media team bet on to develop the brand's Instagram account. For 3 months, 25 content creators shared big giveaways on their profile in partnership with the brand. The publications were also included on the Fnac page. To participate, you had of course to follow the brand and the influencer.

Here are two examples of competitions offered by Fnac:

At the same time, Fnac has published more content featuring personalities with current events. For example, Gaël Faye was interviewed the day before the release of his new album:

Other meetings were also imagined such as this video where “Chef Otaku” shares his manga of the week :

Result: the Fnac Instagram page now has more than a million followers.

Before lockdown, many brands were also using takeovers. For a day, they left the animation of their profile to a content creator. Most often, it was a special meeting to present the new collection, behind the scenes of a collaboration or to go to an event. In past months, these partnerships have become rarer.

Watch out for copyright on social media posts!

As you can see, there are many examples of social media strategy coupled with influence. However, you have to pay attention to a few small details : using content produced by a creator is not without rules.

If in the examples cited above, brands were able to appropriate the content imagined by influencers, it is because they gave their authorization. In the contract drawn up between the two parties, the advertiser specifies that he wishes to have the rights to the photos and videos for his communication media. It must also provide details on:

A post produced by a content creator is not copyright free and is not free. Compensation will vary according to the above details. Producing a photo for your Instagram account will not have the same value as that imagined for a company's communication. Without this authorization, the brand does not have the right to use content that it has not created.

On an influencer platform like Hivency, everything is managed. The transfer of rights is included in the General Conditions of Use (GCU), thus allowing the brand to download the content created and distribute it on any digital communication medium (publication on social networks, visuals on its website, online advertising). No need for an ad hoc contract!

Influencer marketing and social media, one more step towards amplification

To give even more impact to these collaborations between brands and influencers, a new trend has appeared on the side of influencer marketing platforms, since the end of the year 2020. It is about amplification.

Straight from the United States, this concept consists of using the content of an influencer with whom the advertiser has collaborated, to promote it via social ads. It can be done through an influencer account or through the brand's own account.

This strategy could have 4 times more impact than a traditional influencer marketing campaign. Indeed, the publications gain in visibility since they are amplified to reach a very specific target and people who are not following the activated influencer and the brand accounts.

In France, some companies like Philips or N26 have tested this new approach by amplifying the content of influencers from their profile.

Is influencer marketing and social media a good idea?

Inserting an influencer marketing strategy into social media is the next logical step when a brand collaborates with an influencer. She calls on him to reach a very specific target but also to imagine a content very different from traditional communications. But too often, this content remains on the social networks of influencers, without being (re) used by brands.

Thanks to a network management tool like Agorapulse, you will be able to schedule content created by influencers in advance, and easily fill your editorial calendar alternately with brand speeches.

Finally, and this is a major point, you will also be able to observe the performance of this content compared to traditional content thanks to the reports integrated into our tool. Extremely important, especially when we know that the content created by influencers has a generally a very high engagement rate!

As with any good strategy, this collaboration must be well-thought-out upstream and the content creator knows the advertiser's objective. It will be able even to meet your needs better and help the brand gain visibility.

Myriam, editor of the Agorapulse blog