Influencer marketing: the main strategy for your Christmas campaigns 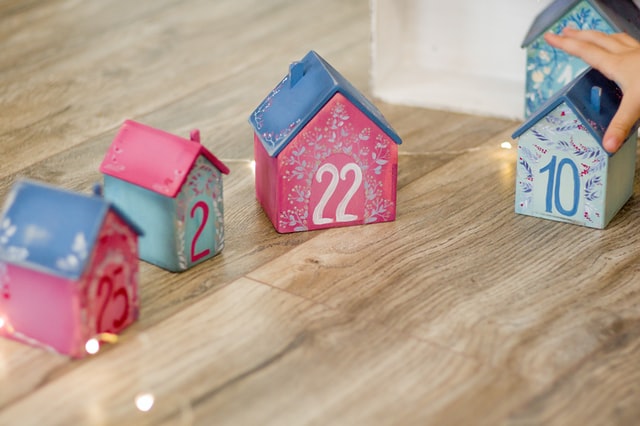 It's been a month since school started and yet the Christmas theme is already circulating on social networks. Every year, the holiday season generates a lot of engagement on the internet. Therefore, it is important to anticipate and plan your campaigns as soon as possible. Influencer marketing plays an important role in the effectiveness of your campaign allowing you to considerably increase your visibility and notoriety, especially thanks to Instagram which accumulates more than one billion active users each month 2021 (source: Hootsuite).

In order to prepare yourself as well as possible for this period, here are a few tips to make your campaigns successful thanks to influencers.

The holiday season is a time when all companies are in turmoil, so competition is at its peak. Indeed, at the end of the year, several key annual events such as Black Friday, Cyber Monday, etc. follow one another. In order for your campaigns to have the expected results in terms of visibility and sales, influencer marketing is the marketing lever to invest in. Marketers understand this when you know that 90% of them think influencer marketing is an effective strategy and 83% of their marketing budget is used to finance their influencer strategy (source: Influencer Marketing Hub).

It should be noted that the number of subscribers is not a determinant of success, unlike the engagement rate which represents the third success metric after sales and web traffic, a jump of 187% compared to 2020 (source: HubSpot). For example, on TikTok the difference is impressive with an average engagement rate of 17.98% for micro influencers versus 6.20% for macro influencers (source: Influencer Marketing Hub).

For instance, for Christmas 2020, the famous Hugo Boss brand launched #MerryBOSSmas, which has since been viewed more than 4 billion times, allowing the brand to reach and engage the younger generation, a highly coveted target that represented more than 60% of the platform's users in 2020 (source: Forbes).

With Christmas a little different this year, we're bringing the @boss store windows to life on TikTok this Christmas #MerryBOSSmas #Ad ❄️

Micro influence to boost your visibility

It's important to know that a brand's presence on social media is essential, especially Instagram, as 81% of Instagram users use the platform to search for a brand or product (source: Hootsuite). Combined with influencer marketing, your campaigns are sure to hit the mark. Indeed, these content creators are niche influencers, they know their community perfectly and trust them. With a smaller community than celebrities, micro-influencers have a strong bond with their followers who identify with them more easily. Through engaging content that ranges from a cute photo posted on Instagram to a detailed review of a product line on YouTube, these Key Opinion Leaders develop your brand visibility within their community.

How to collaborate with micro influencers?

When you know which influencers to work with, the contact is made through social networks. Nano and micro-influencers are not marketing professionals, so it is wiser to approach them in a friendly way. Then, it is imperative to personalize your offer in order to stand out and to show your enthusiasm to collaborate with such and such an influencer. Furthermore, the brief you give them should be clear while allowing them to express their creativity. Hivency gives you some effective suggestions on how to make your Christmas campaigns shine on social networks with the help of influencers.

Create your advent calendar with influencers

The holiday season is synonymous with gifts. One of the most effective ways to gain visibility during this period is to launch your own digital advent calendar, with the help of influencers. Indeed, by collaborating with several influencers, you activate and engage several niche communities. This advent calendar system has several advantages:

By collaborating with influencers, you maximize your chances of gaining visibility, because it is an opportunity for you to reach a new target that, until now, you had not reached, but also to build loyalty. However, it is important to personalize your endowment in order to meet the expectations of the influencer on the one hand, and on the other hand, of his niche community.

For example, La Redoute launched its digital advent calendar on TikTok, a trendy social network among the young generation, by giving away a pair of sneakers every day, from December 1st to December 24th, 2020, through influencers with various universes and personalities (source: La Redoute). In addition, the creation of an original hashtag adapted to the period, which will be relayed in the influencers' content, is an excellent way to generate engagement on social platforms by making it viral. The #laredoutexmas has been seen more than a million times (source: TikTok), allowing the brand to considerably increase its visibility on the platform but also among Gen-Z.

##LaRedouteXmas Day 20🎅 Follow @laredoute & comment with your size👟 to try to win the New Balance MSX90 of @lia.lewis ! 🎄🎁

It is also possible for you to contribute to a digital advent calendar set up by an influencer by proposing a special prize to his community. For example, you can create a prize pack containing your best-sellers which will be an excellent way to promote your brand to the influencer's community by proposing key products but also to give gift ideas to those who are not lucky enough to win the proposed prize pack.

The promotional code works at any time of the year, but during the holiday season, it is a real lever to boost your sales. Indeed, this period is one of the most important for companies when we know that in 2019, the French spent about 70 billion euros to buy Christmas gifts (source: Statista). Moreover, it is also an interesting KPI to quantify the number of purchases made via this promotional code. It is very easy for influencers to communicate this personalized promotional code in a publication or in a story, allowing to generate traffic to your website, which will delight their community during the holidays.

Get into the holiday spirit with contests

Still topical, collaborating with micro-influencers to organize a contest during the holidays allows you to considerably increase your visibility by targeting the influencers the right way and by adapting your endowment according to their community. The conditions of participation must be clear and easy to achieve:

These conditions allow the community to be active and therefore stimulate the rate of engagement considerably. We can note that video is becoming more and more important on social networks, so contests are done through stories that fully highlight products. In addition to increasing your visibility, the digital contest can collect leads by gaining new subscribers on your social networks.

Co-branding is a marketing strategy that combines two brands, operating in different sectors, to promote a unique offer composed of products from each brand. This strategy is a win-win situation because it increases the visibility and awareness of both brands. Combined with influencer marketing, co-branding is an excellent idea to promote your products. Indeed, this creation constitutes an exceptional endowment for the influencers but also for the users who will have the chance to win it during a contest which, as explained in the previous part, will generate engagement and leads for each brand.

The Christmas wishlist with influencers

The wishlist has been used for years by influencers on social networks, especially on YouTube, to show their community what they would like to have under the Christmas tree, and at the same time, to give ideas to their subscribers. As a real source of inspiration, users don't hesitate to put the products their favorite influencers want on their own wishlist. So why not participate with influencers in the creation of their wishlist? Indeed, influencers can communicate in stories the products they are interested in, associated with a link leading to your website. The result will be an increase of traffic to your website and a better visibility. Don't hesitate to offer a promotional code in exchange.

During the Christmas holiday season, competition is fierce, social networks are flooded with advertising content; consumers have a choice. It is therefore very interesting to carry out a consumer review campaign beforehand in order to boost the ratings and reviews of your products and be ready when consumers go shopping this Christmas.